This gigantic Roman-era structure is located outside the historical part of the city, usually visited by tourists. 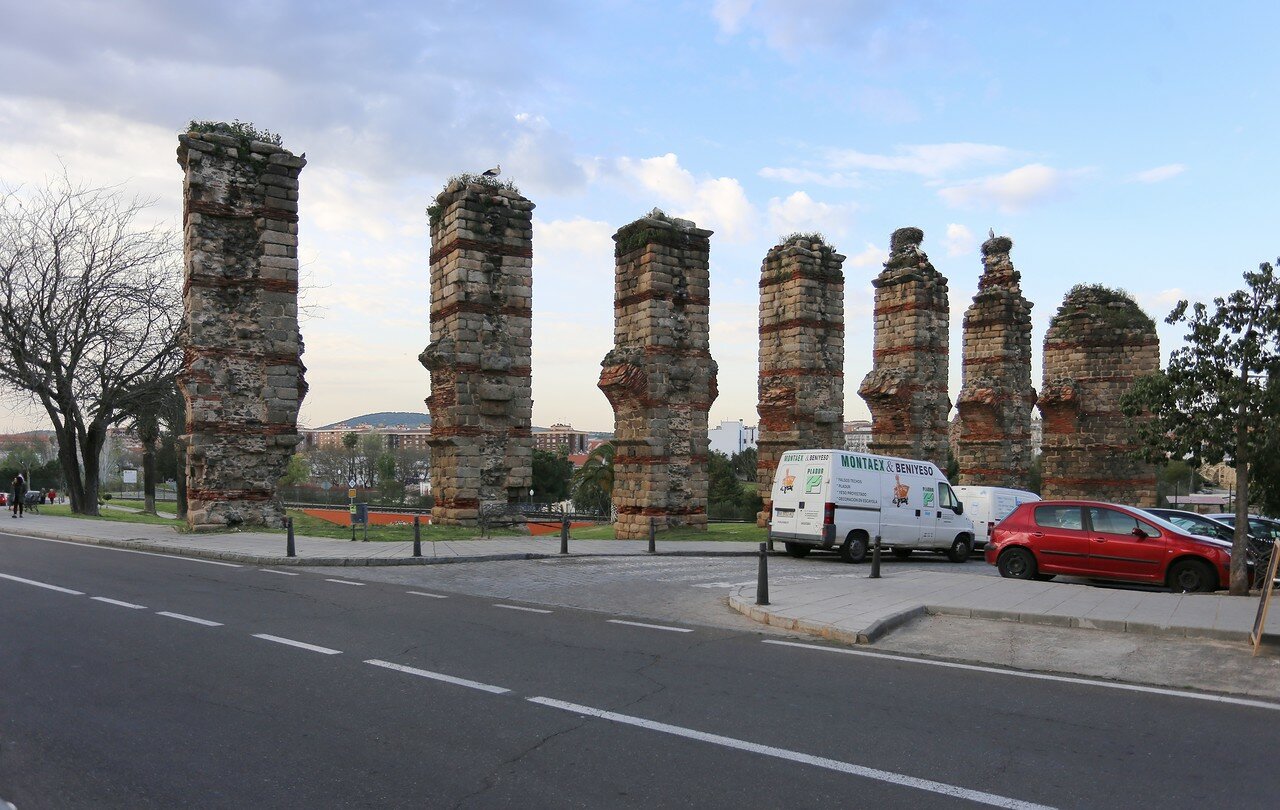 However, it is very easy to get to it, it is located a hundred meters to the West of the railway station. There are seven pillars on which the arches of the water supply system lay. 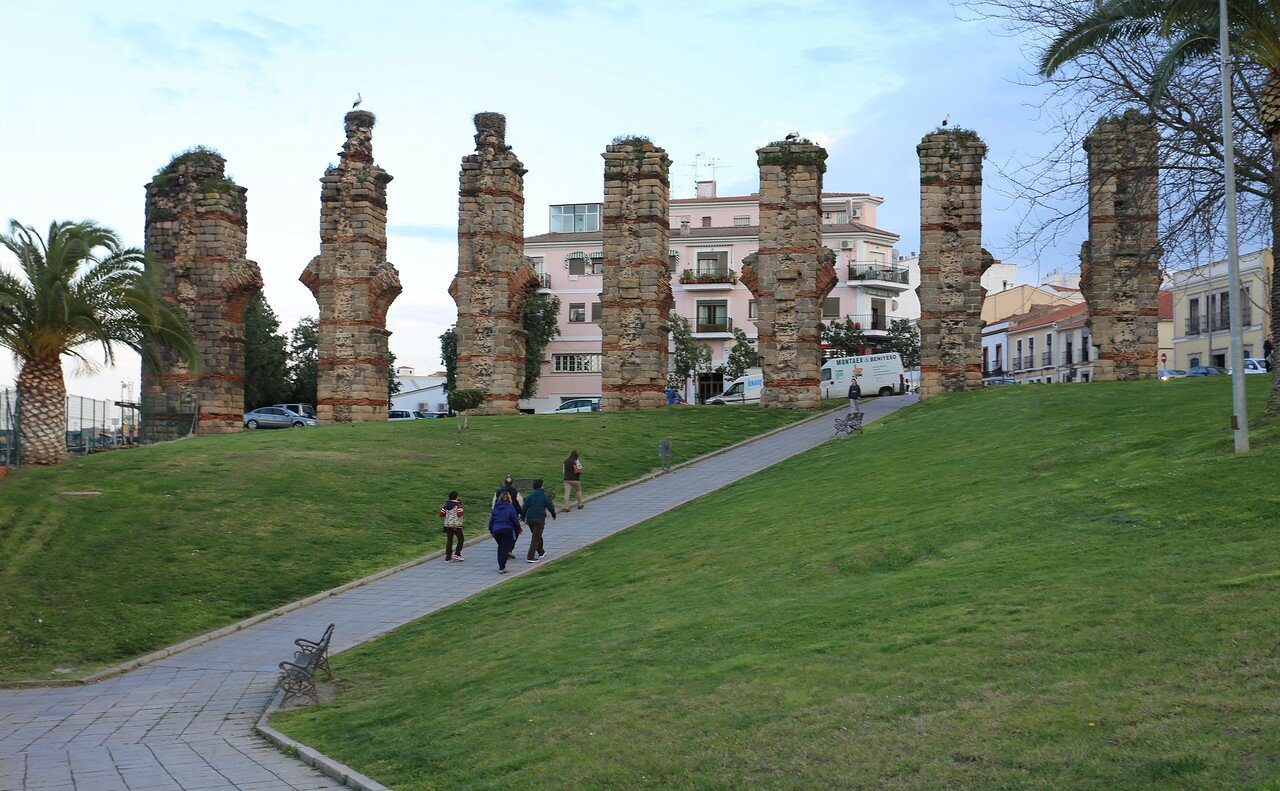 Behind the railway tracks is the main part of the structure. 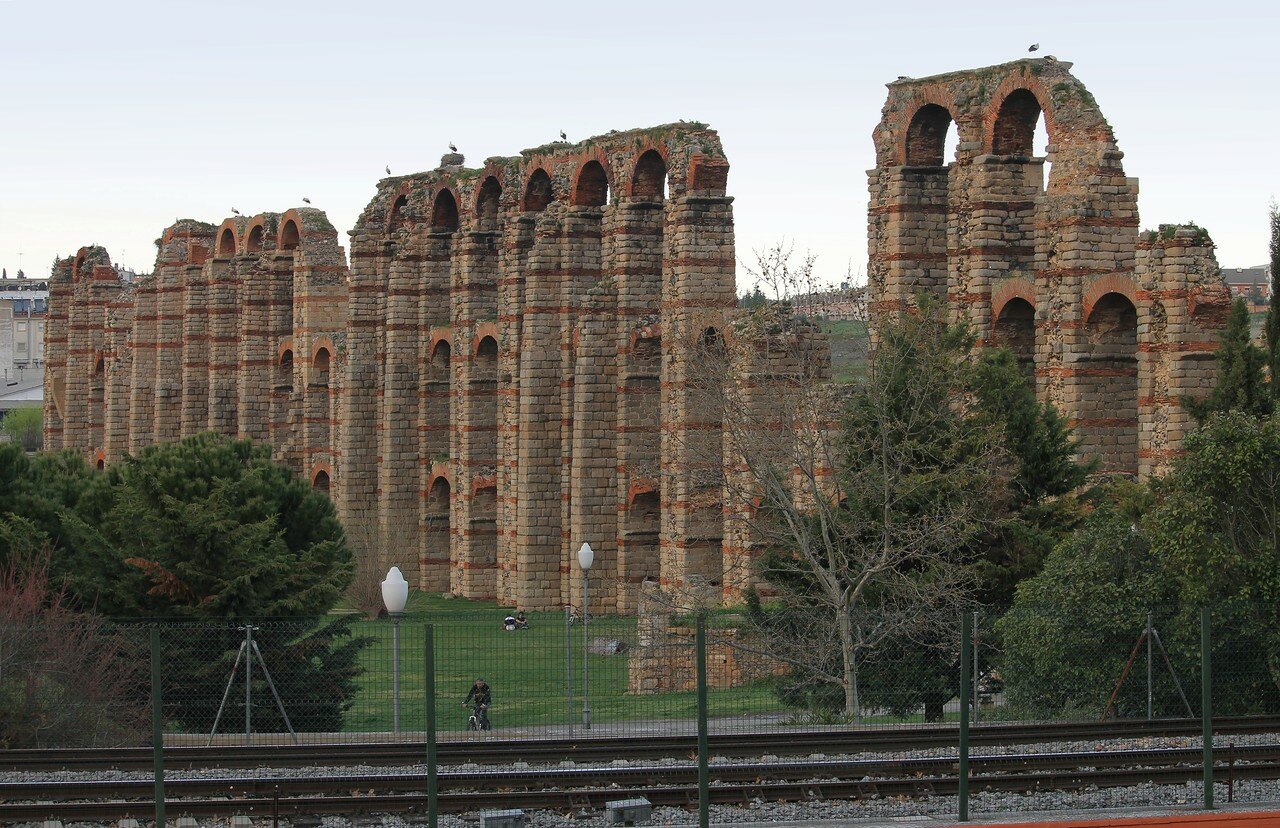 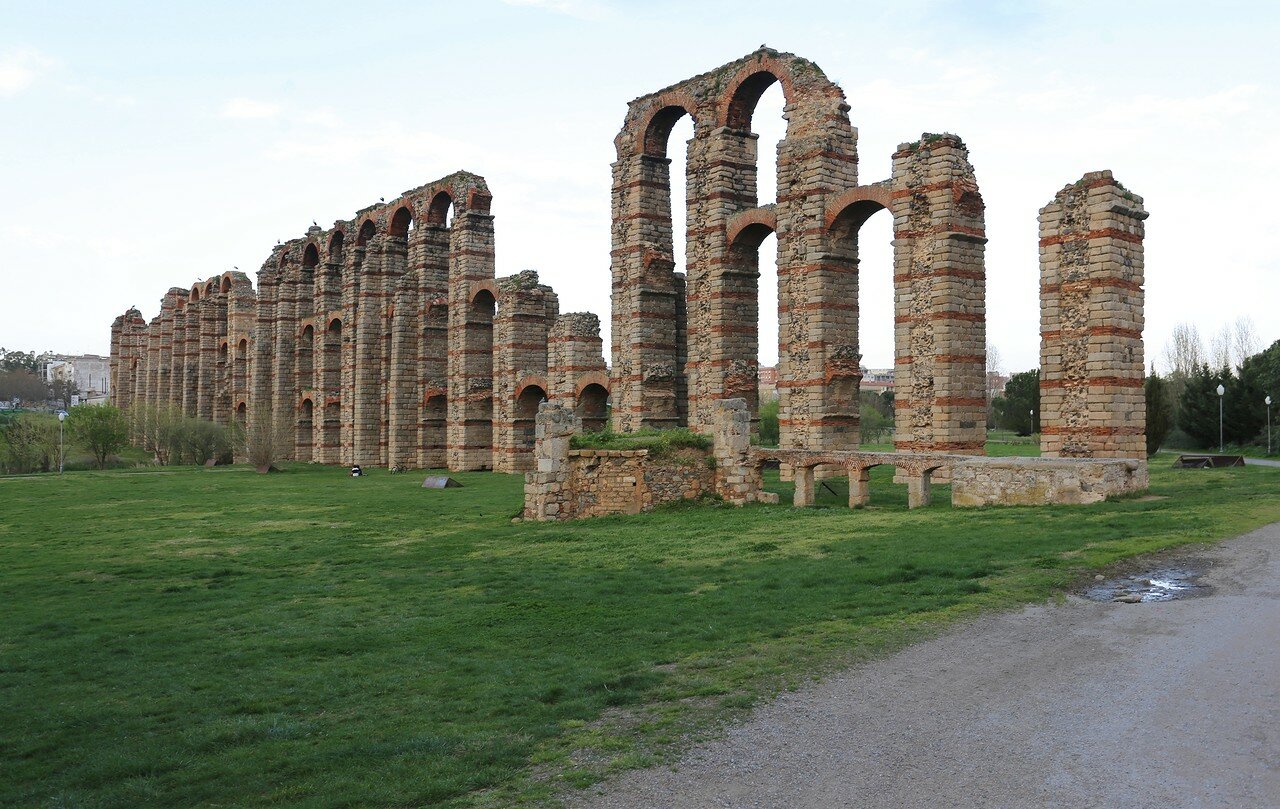 Other historians call the 4th-5th century, as they see in the design elements typical of Byzantine architecture. 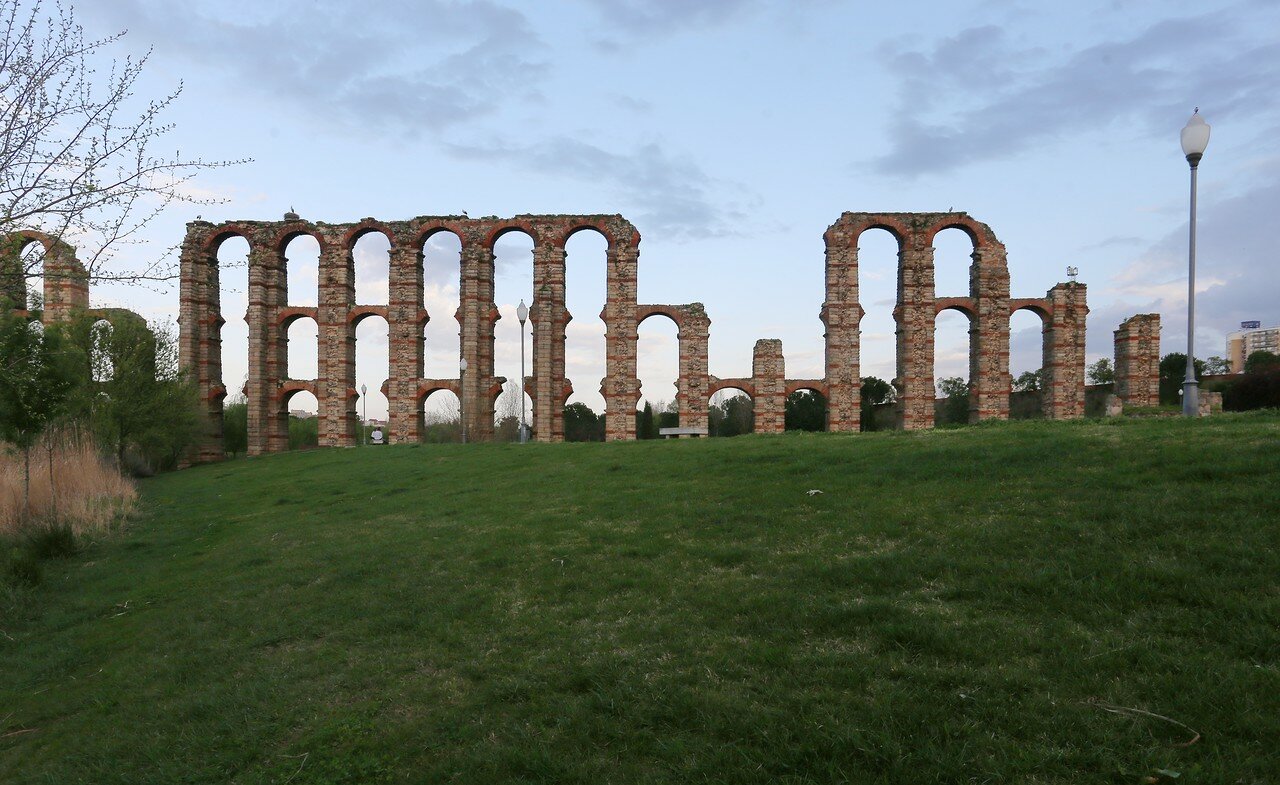 The aqueduct supplied water from the Proserpine reservoir, located 5 kilometers North of the city. There is also a Roman dam preserved. The total length of the conduit exceeded 10 kilometers. 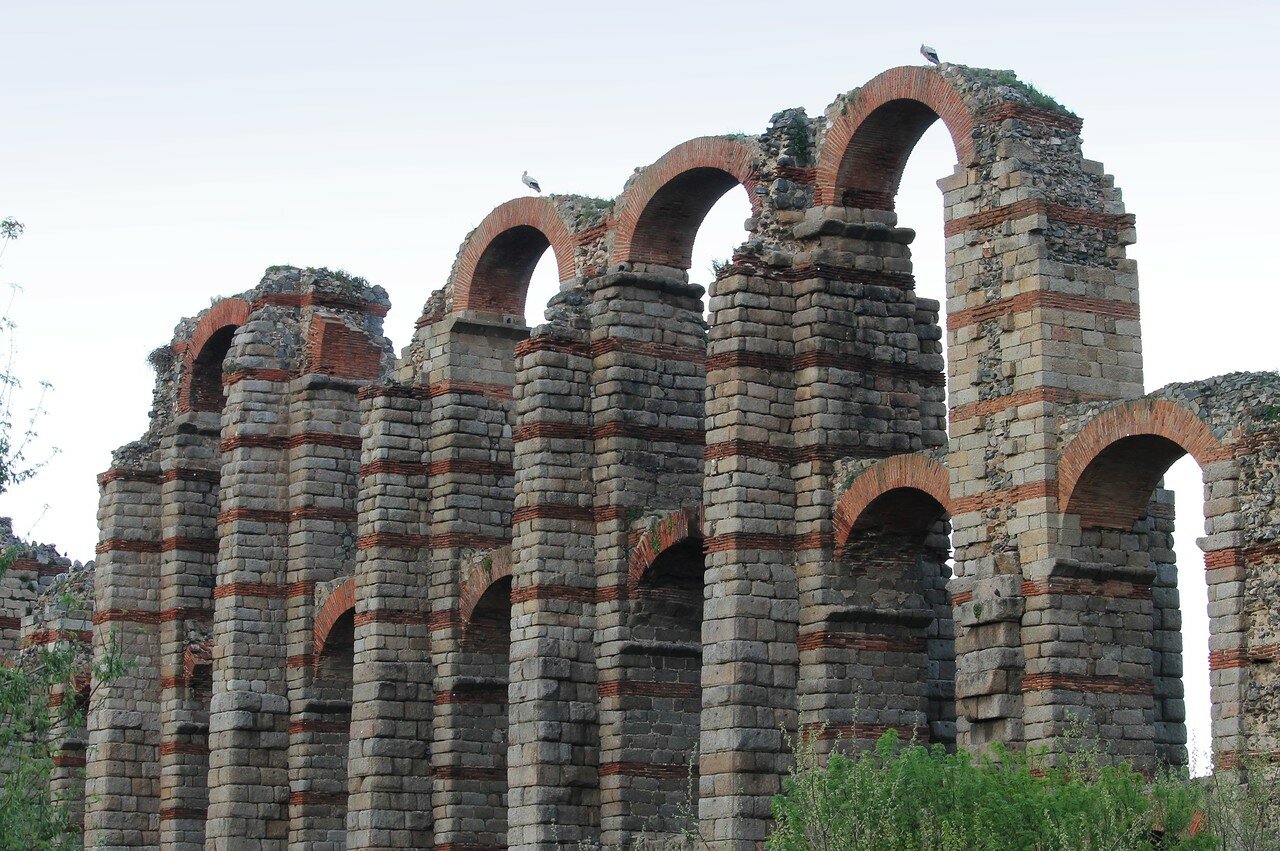 Most of the way the water passed through an underground gallery, and only near the city did the water supply cross the valley of the Albarregas Creek. This one was 830 meters long and was covered by two or three tiered arches with a height of up to 25 meters. 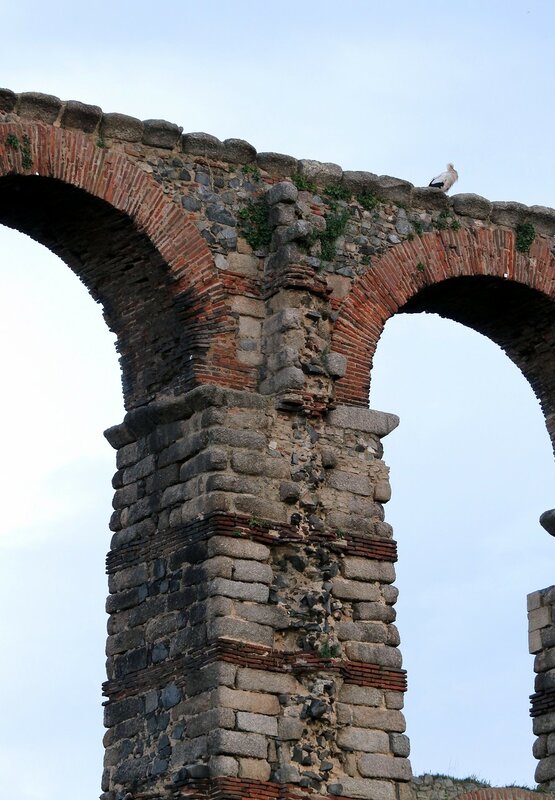 The design of the aqueduct is similar to other Roman structures of Merida. The columns are built of granite stones, each five rows connected by five rows of thin brick. Hewn stone blocks are not used throughout the volume, the Central part is filled with raw stones. 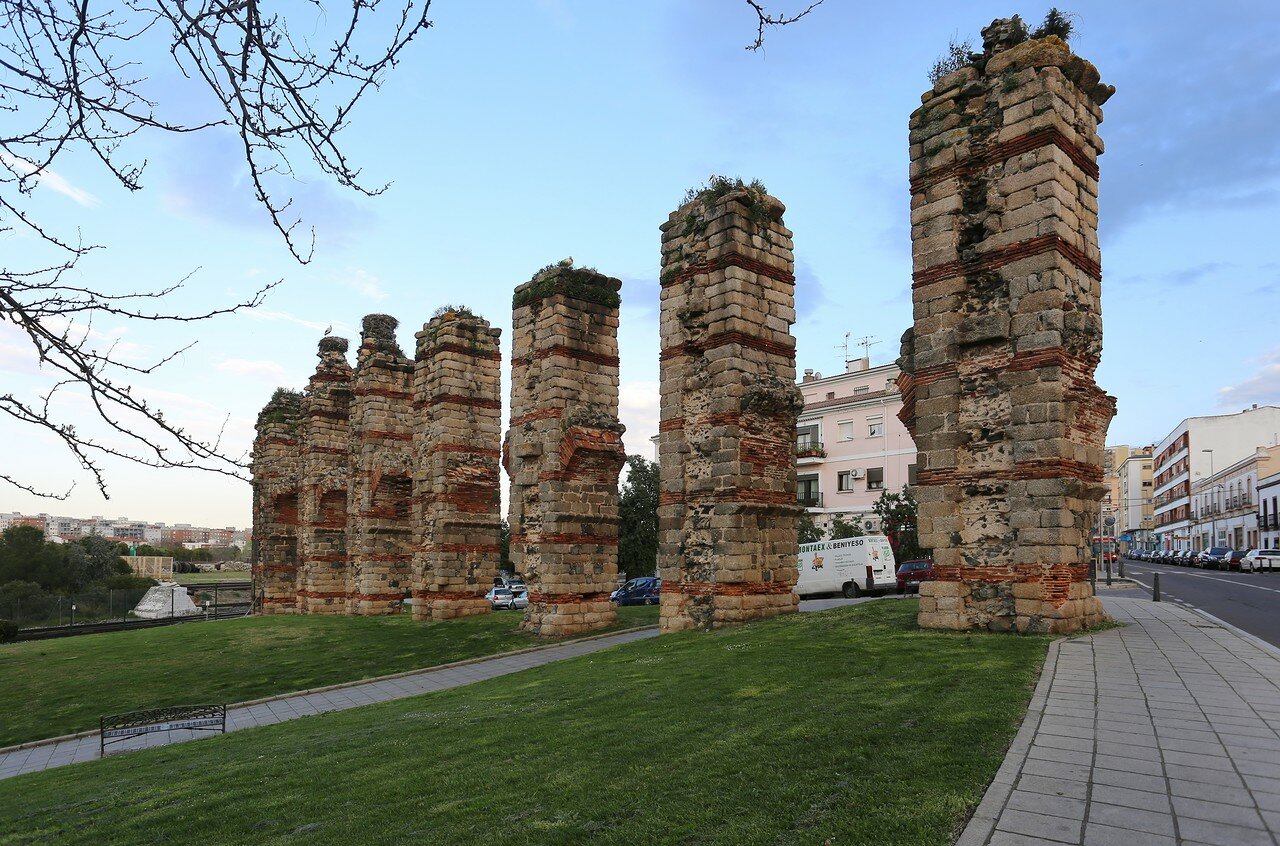 The arches are made of brick, the spaces between them are filled with hewn and uncut granite stones and reinforced with brick. 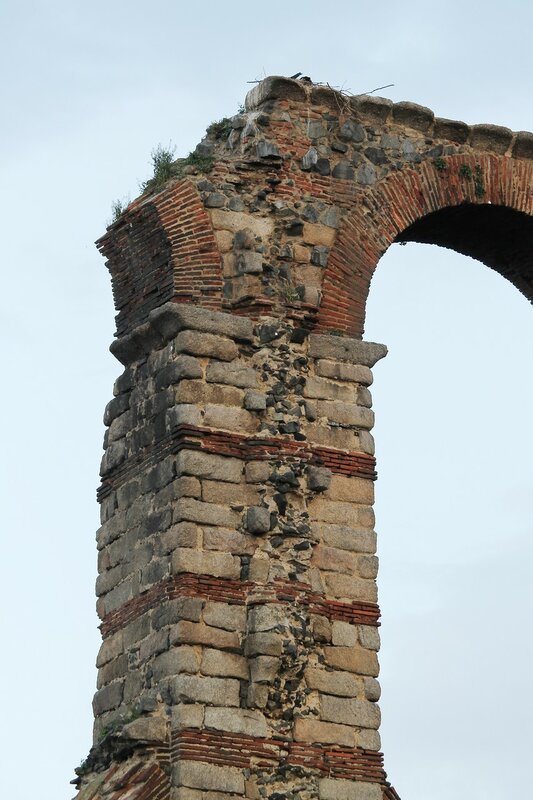 Next to the aqueduct there is a circular structure with the remains of columns, it was a public water intake fountain. 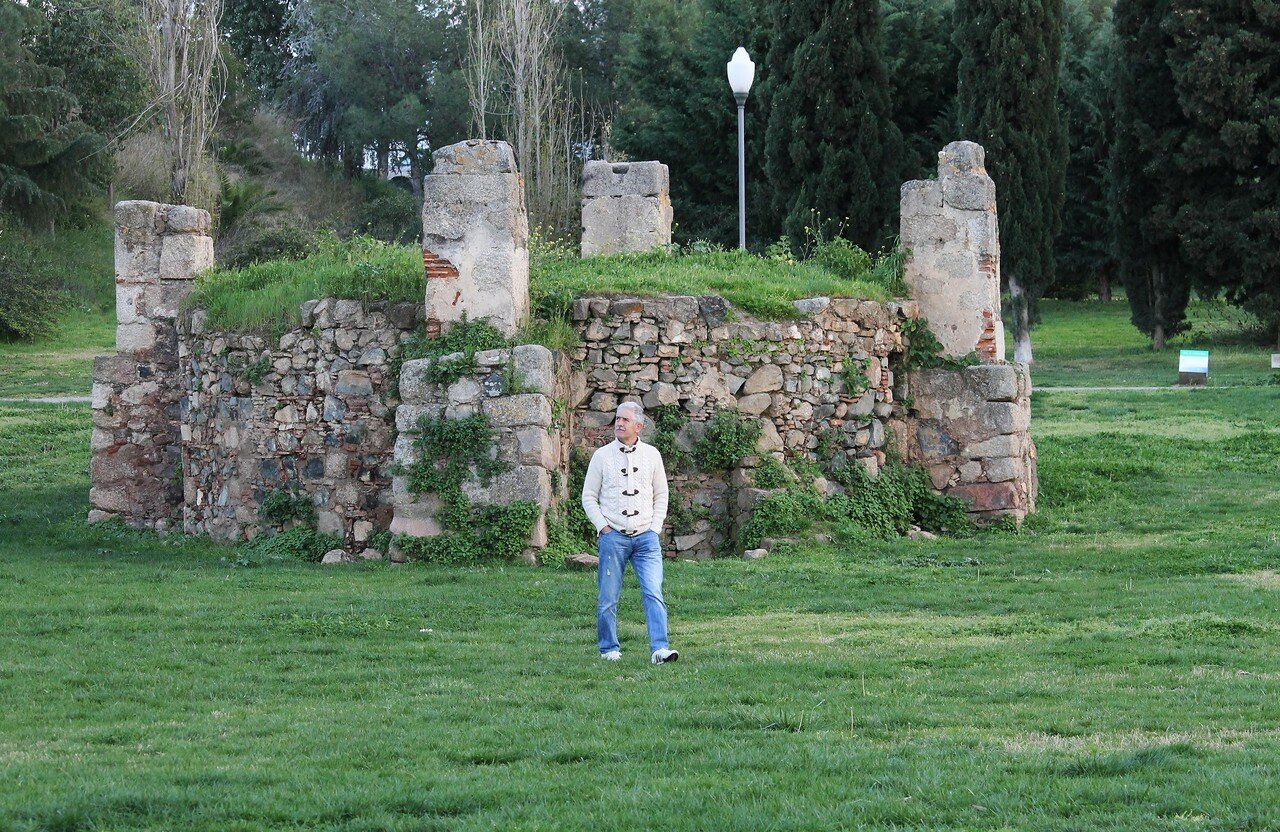 The name of the avqueduct is translated from Spanish as "wonderful", local residents believe that this structure has survived to the present day not without God's help. 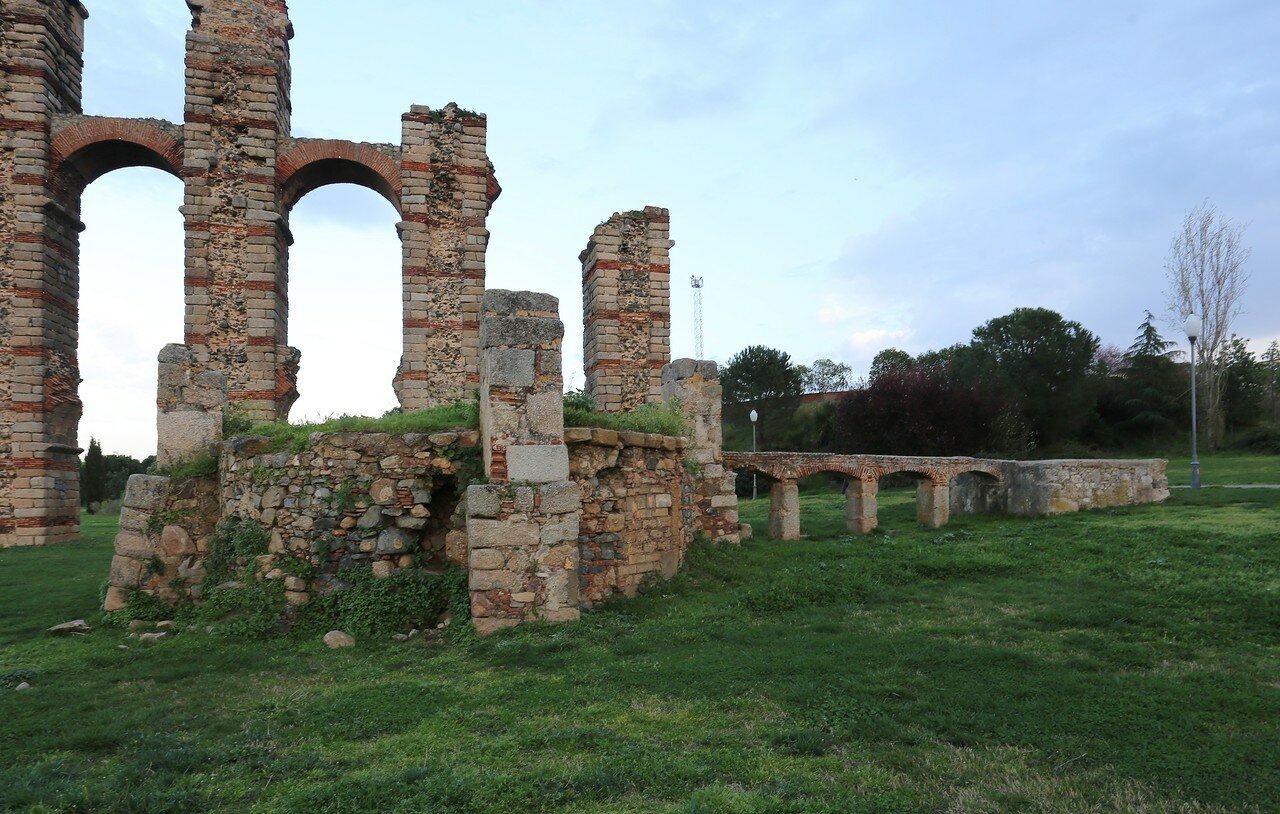 The surviving arches were chosen for their nests by storks, in March they begin the mating season. 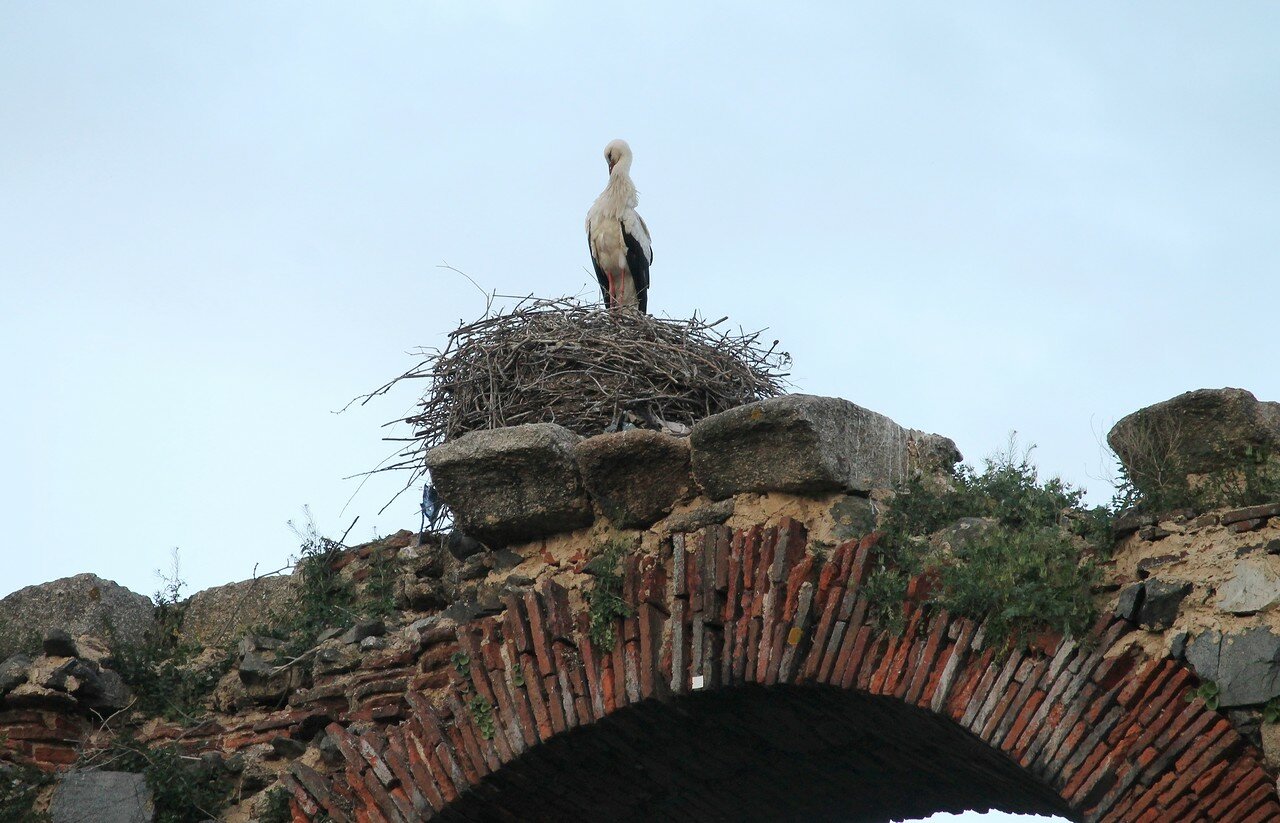